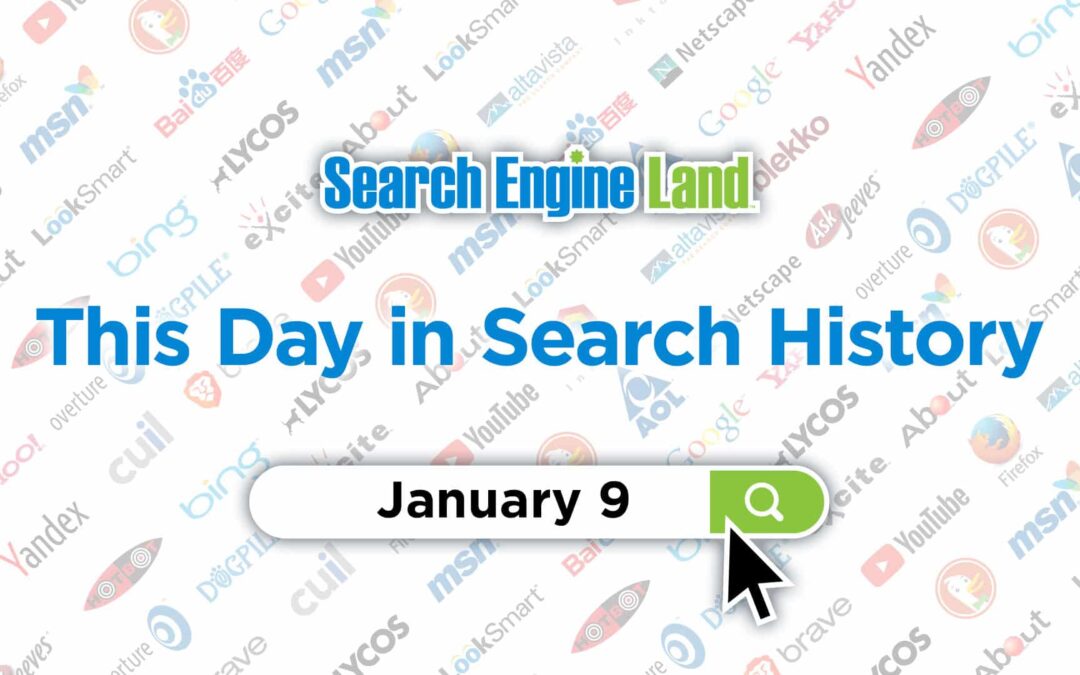 In 2017, Google added the ability to create and share negative keyword lists across accounts for Managed Accounts.

This was welcome news for advertisers who had been adding the same lists of negative keyword accounts manually or using a script to automate cross-account negative lists.

For accounts in a managed account, you could set up a single list of negative keyword in the top-level Shared Library that could then be associated at the account level.

Read all about it in: AdWords Managed Accounts can finally share negative keyword lists across accounts

2020: Bing would appear as an option in the United Kingdom only, while DuckDuckGo and Info.com will appear alongside Google in all 31 EU territories

2020: Agency and corporate customers could request managed services directly within the platform interface.

2019: Google started rolling out a new feature in search named “your related activity” that let signed in Google users pick up on previous searches related to the query they just added.

2019: The trick made it possible to show any site for any query in the knowledge panel area.

2018: Google marked what would have been Har Gobind Khorana’s 96th birthday with a Doodle to celebrate the Nobel Prize winner’s accomplishments in the field of biochemistry.

2017: Mobile played a significant role, accounting for nearly half of all Valentine’s Day-related searches on Bing.

What Is The Mountain Of Butterflies? Google Doodle Marks 41st Anniversary Of The Natural Phenomenon

2016: For its first Doodle of the year, Google celebrated the 41st anniversary of the discovery of “The Mountain of Butterflies,” when a research team located millions of Monarch butterflies that had migrated to Mexico’s easternmost Sierra Madre Mountains.

2015: An analysis showed a gradual but continual losses back to Google, and Yahoo’s share of Firefox 34 clicks dropped from 43% (Dec. 10) to about 36 percent

2015: The latest images culled from the web, showing what people eat at the search engine companies, how they play, who they meet, where they speak, what toys they have, and more.

2014: Google was photographing hotel interiors as part of an effort to enhance its travel content.

Simone De Beauvoir Google Logo Has Come To Stay In A Number Of Countries, Just Not The US

2014: A number of Google international homepages celebrated feminist writer Simone de Beauvoir’s 106th birthday with a Beauvoir-inspired Google logo, but there’s no sign of her on Google’s U.S. homepage.

Phone Support For Verification Issues With Google Local For Business

2013: A striking 36% of respondents thought that search engines “sell users’ personal data to marketers.” Another 29% thought that “companies pay annual dues for use.”

2013: The new APIs let you search for top stories in real time over the Bit.ly URL network.

2012: A lawsuit brought against Google in 2008 over the quality of ads showing on parked or error message web pages was thrown out by the court.

2012: A Korean official asserted that Google has obstructed his agency’s investigation “by deleting key files from PCs and asking its employees to telecommute from home.” Google denied obstructing the inquiry and pledged cooperation with Korean government officials.

2012: Ads for illegal Olympic ticket resellers, ads for cannabis, and ads for fake identification cards and UK passports. All illegal, but all could be found on Google.co.uk

Google Has Well Over A Million Advertisers

Want To Rank Tops In Google? Do YouTube Videos, Stupid!

2009: A small but interesting study on how you can improve your chances, by 50 times, of showing up at the top of the Google search results: Utilize Google’s Universal Search by creating videos.

2009: Microsoft CEO Steve Ballmer said that a deal should happen within the next few months, due to Microsoft and Yahoo having new “leaders” in place.

2009: The new icon was inspired by user submissions as part of a contest.

Google Goes To The Inauguration

2009: Google/YouTube threw its first party for a U.S. president’s inauguration

2009: Roundup of personnel moves or speculation about who might get the top spot at Yahoo; the ongoing MicroHoo saga; and MSN being branded a “lewd” site in China for user-generated content.

2009: The latest images culled from the web, showing what people eat at the search engine companies, how they play, who they meet, where they speak, what toys they have and more.

2008: The two changes made to this referrals pricing structure only impact referrals to the AdSense product.

2008: Google mapped the results of the New Hampshire U.S. presidential primary by candidate and county for both parties.

2008: The responsibilities included “investigating deviations from company policies or acts against Google as well as collection and analysis of information helping define and assess threats to Google’s operations and assets.”

2008: Users could get maps, news, weather, local events, and other content.

2008: Sky in Google Earth was updated with new content, features, and API integrations.

Jim Safka To Replace Jim Lanzone As CEO Of Ask.com

2007: After several weeks of rumors, Yahoo has officially announced it has agreed to purchase the MyBlogLog service.

2007: A third of Google’s first 300 employees had left the company, and the culture was getting more conservative

Google A “Frenemy” of Traditional Media?

2007: Google had no intention of competing with traditional media by creating content, but many media companies remained wary of Google.

2007: the company was getting involved with the Large Synoptic Survey Telescope. To be built in Chile, the LSST was planned to scan the sky on a continuous basis, allowing for “movie-like” looks at the universe.

2007: Due in part to deal with crushing competition from Baidu.com and portal Sina.com.