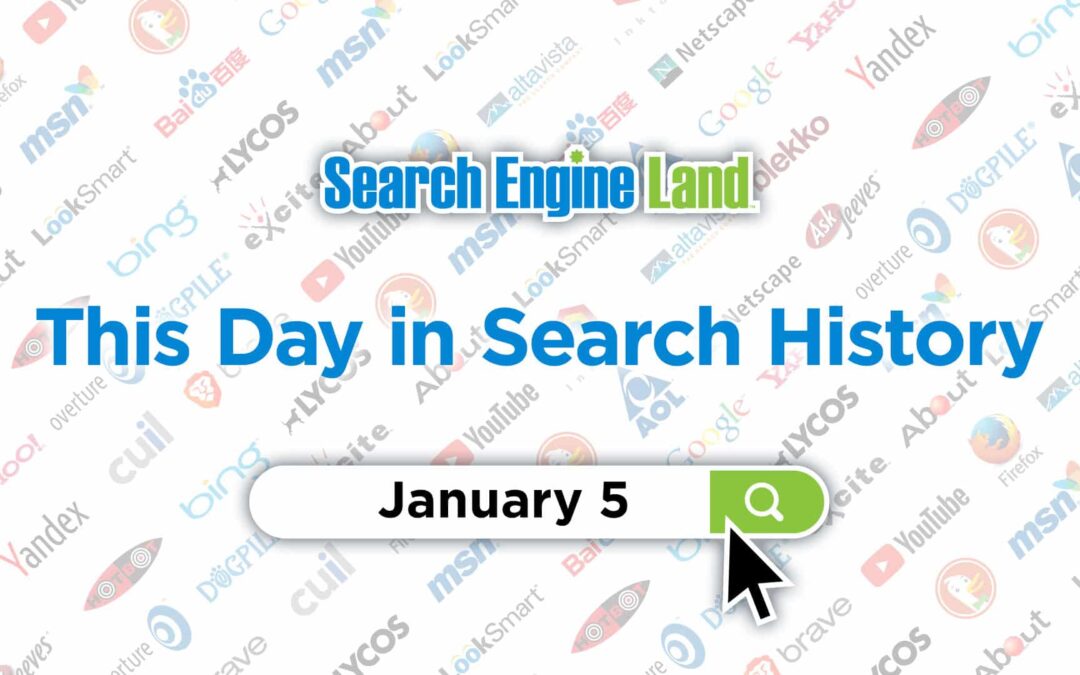 In 2010, Google sent out notification to its AdWords advertisers that “your location-specific business phone number will display alongside your destination url in ads that appear on high-end mobile devices. Users will be able to click-to-call your business just as easily as they click to visit your website. You’ll be charged for clicks to call, same as you are for clicks to visit your website.”

What Google was saying, simply, was that it would allow phone numbers to display in ads and would charge advertisers when calls were initiated accordingly.

As we described it at the time, this was effectively a “pay-per-phone call” but the cost per call is the same as a click.

Google would later introduce click-to-call phone numbers Jan. 28 on the Inside Adwords blog.

2022: The problem started in Google Search Console’s user interface in November 2021, when “Full Users” saw their status as “Delegated Owners” within the settings ownership verification section.

2022: The WordPress IndexNow plugin enabled automated submission of URLs from WordPress sites to multiple search engines without the need to register and verify your site with them.

2018: Search marketers weighed in on their experiences since the change took effect. Many had experienced no issues. But for others, the change wasn’t good.

2018: The latest images culled from the web, showing what people eat at the search engine companies, how they play, who they meet, where they speak, what toys they have and more.

2017: Bing started delivering carousel-styled search results with images that link to a wide variety of exercise options on searches for [workouts], [exercises], [yoga] and [Pilates].

2016: Here’s what the move meant for those managing Bing Ads campaigns.

2013: Many people suddenly noticed a long-standing redirection that Google had in place for those not using Android or iOS devices.

2012: Google confirmed it had expanded the trial of the lead generation format to additional advertisers.

2012: Google revealed its latest overview of 30 search tweaks that happened in December 2011

2012: The SMB-specific component of social media spending was roughly $1.14 billion

2012: This additional seed of Series D financing brought the total money raised for Trada, the crowdsourced PPC marketplace, to $17 million.

2011: Despite a principled stand against censorship and the subsequent revelation that Chinese government surrogates were behind Gmail hacking, the company was contemplating a “return” to the Chinese market.

2011: An AdWords ad appearing for the query “obamacare” led to a landing page on the official government site HealthCare.gov.

2011: Google was again sued over privacy issues related to the launch of Google Buzz.

Ballmer At CES 2011: “Whatever Device You Use, Windows Will Be There”

2011: Live blogging Ballmer’s talk at CES in Las Vegas. (Bing was only mentioned in passing, briefly as part of Windows Phone 7.)

2011: The SEC was in the early stages of an inquiry over rules concerning the dividing line between public and private companies.

2011: “Built entirely for tablet,” this was a different UI than previous versions of Android.

2011: An at-a-glance look at how Roku, Apple TV, Boxee Box and Google TV measured up against each other.

2010: Google said: “Images in ads are only classified as non-family safe when they are found to contain adult content.”

With Mobile Ad Networks Being Snapped Up By Google And Apple Will Yahoo Or Microsoft Be The Next To Buy?

Islam Is … Blocked By ‘Bug’ In Google Suggest

2010: Google said it was working to fix a bug in Google Suggest that was blocking search suggestions related to Islam.

2010: The lights were spread across several stories and in green. It spelled out the name of Microsoft’s search engine, Bing.

2009: Both Google and Baidu have failed to take “efficient” actions to remove content from their results after being notified of issues.

2009: Mayer said that “while search is 90 per cent solved, the last 10 per cent will take decades to complete.” Mayer didn’t leave Google until 2012, to become Yahoo’s CEO.

2009: Some scholars were worried that Google users would be more likely to search for narrow information than to read at length. What a crazy idea. … Oh wait.

2008: Including the ability to embed presentations into a page of any site.

Marketers Answer, “Would You Hire Matt Cutts” Away From Google?

2007: Not surprisingly, they all would have loved to hire Cutts.

2007: Clustering of the results, auto-generate a sitemap for Google.com’s crawler and more.

2007: Yahoo Local let you add your business within about 24 hours.