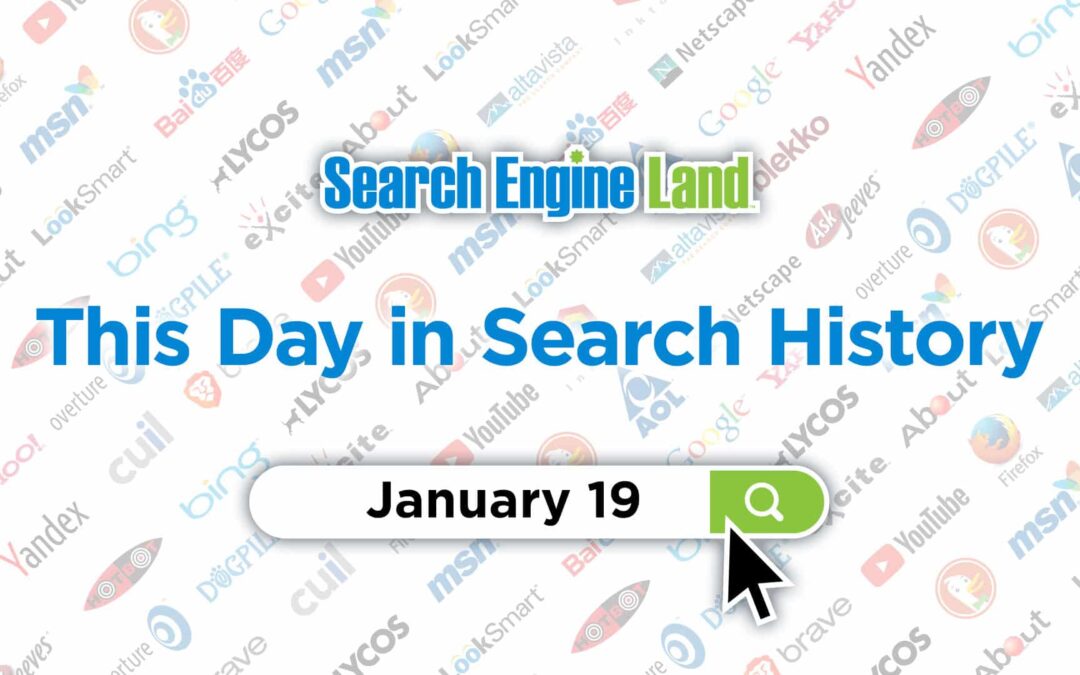 In 2012, Google announced it would penalize sites with pages that were top-heavy with ads.

The page layout algorithm update took direct aim at any site with pages where content was buried under tons of ads.

If you click on a website and the part of the website you see first either doesn’t have a lot of visible content above-the-fold or dedicates a large fraction of the site’s initial screen real estate to ads, that’s not a very good user experience. Such sites may not rank as highly going forward.

On the same day, a message from Google’s AdSense team went out, encouraging some publishers to add more ads to their sites.

Read all about it in: The Top Heavy Update: Pages with too many ads above the fold now penalized by Google’s “Page Layout” algorithm.

2022: The legislation would have been a game-changer for every digital marketer who advertises on Google, Facebook and other advertising platforms.

2022: Advertisers no longer had to create a separate campaign draft and changes made to the original campaign are automatically synced to the experiment as well.

2022: Ads for sex toys, liquor and high-risk investments were discovered in Google’s search results, which violated the company’s attempts to comply with UK regulations.

2021: This was just a reporting change and any change seen in crawling was not reflective of any change in search results.

2021: In this installment of Barry Schwartz’s vlog series, he also chatted with Thune about how SEOs changed how they approached content development after Panda and Penguin.

2018: The latest images culled from the web, showing what people eat at the search engine companies, how they play, who they meet, where they speak, what toys they have and more.

2017: Cutts became the new director of engineering at the US Digital Service. He had been on leave with Google since 2014.

2016: When expanded, PLAs muscled out other ads and organic listings to take over most of the above-the-fold real estate.

2016: Bypassing the need to visit the Google Play store.

2015: These notifications warned there were critical mobile usability errors on 100% of the pages on the site and thus the pages would be “displayed and ranked appropriately for smartphone users.”

2015: Advertisers increased spending by 31% year-over-year on the Yahoo Bing Network (through the Bing Ads platform). Spending on Google AdWords rose by 5%.

2015: The Doodle featured Martin Luther King, Jr. in locked arms with fellow civil rights activists with the American flag in the background.

Google: Paid Clicks Up 34% While Cost Per Click Down 8% YoY

2012: More people were clicking on ads, but those clicks were costing advertisers less money per click.

2012: Nokia branding would soon be showing up on Bing Maps for mobile.

2012: Google Maps added a feature where it would highlight in a pink color the borders of a city, postal code or other borders based on your search.

2012: PolitickerUSA let you access the non-stop real-time stream of tweets from Senators, Reps, President Obama, governors, and a few of the Republican presidential candidates.

Study: Google “Favors” Itself Only 19% Of The Time

2011: “Even if Google listed itself first for [email] … is it really anti-competitive when its competitor is prominently listed in second place? Wouldn’t it really be more of a concern if Google didn’t list its competitors at all?”

2011: In an academic article, an NYU associate law professor closely examined and deconstructed the arguments behind the idea of search neutrality.

2011: Google fixed a bug that made Knol look like a ghost town.

SEO Gets Dissed by CBS TV Series “The Good Wife”

2011: Let the court record show, for the education of “The Good Wife” writers, and good citizens everywhere – when “SEO” or search engine optimization is performed according to the best practices and guidelines set forth by major search engines, then SEO is considered to be a useful, effective and legal technique for driving visitors to a website.

Google Opens Up Downloads To Iran But Blocks Iranian Government

2011: After years of not allowing those in Iran to download their software, Google opened up downloads of their Google Earth, Picasa and Chrome applications.

2011: Bing was the official search engine of the 2011 Sundance Film Festival website, and YouTube had two special channels for the event.

2011: The company took “a step back” to retool its approach.

2011: The logo was first created as a real oil painting by a Googler and then digitized.

Google Changes How It Handles Synonyms

2010: Rather than only bolding direct variants of words (like “photos” for “pictures”), Google “extended this to words that our algorithms very confidently think mean the same thing, even if they are spelled nothing like the original term.”

2010: Bing added “breaking news and hot trending queries” into autosuggest, with updates being pushed out every 15 minutes.

2010: Microsoft became the first of the major search engines to agree to the European Union’s demand that data retention be cut to six months.

Can Google Tell Us What Men and Women Are REALLY Thinking?

2010: What Google Suggest had to say about what men and women were really thinking.

2009: Users who were in this experiment could add a list of sites in their search preferences page as their “preferred sites.”

Report: Search Spending Off 8% In Q4

2009: 65% said there was one dominant player in the online ad market and that there were “limited choices and price options for online advertisers.”

2009: Google said the reason they dropped the iPhone version was because they “want to ensure you’ll all see the same version” of the iGoogle mobile page.

2009: You could get these alerts via email either once a day, twice a day or weekly and you could subscribe by section or by search phrase.

Some Parallels Between Obama And Yahoo’s Carol Bartz

2009: Both Barack Obama and incoming Yahoo CEO Carol Bartz were taking charge of their respective administrations at times of crisis.

GDrive: It’s Alive! — Or So It Appears

2007: Some thoughts on a travel search alternative.

2007: An overview of the different ways search engines like Google, Yahoo, Microsoft and Ask.com used “spin off” sites to test new features.

Yahoo Tells Belgian Newspapers They Did Nothing Wrong

2007: Yahoo said they did not violate any copyright laws for “publishing snippets and links” to their newspapers.

2007: This move was to help the companies’ ventures into China and help paint a better picture for the search giants in the public view.

2007: Results were plotted on a map, and you could sort by school district, distance from a specific location, grade level, or school type (public, private, charter).

Looksmart’s Furl Gets A Facelift

2007: Looksmart also made it easier to create and find topics to help organize saved web pages, and improved the browser buttons and toolbar used to save pages.

2007: Google was expected to spend about $600 million on their new data center and employ 210 people.