Link juice: Is it the new snake oil of Google SEO? 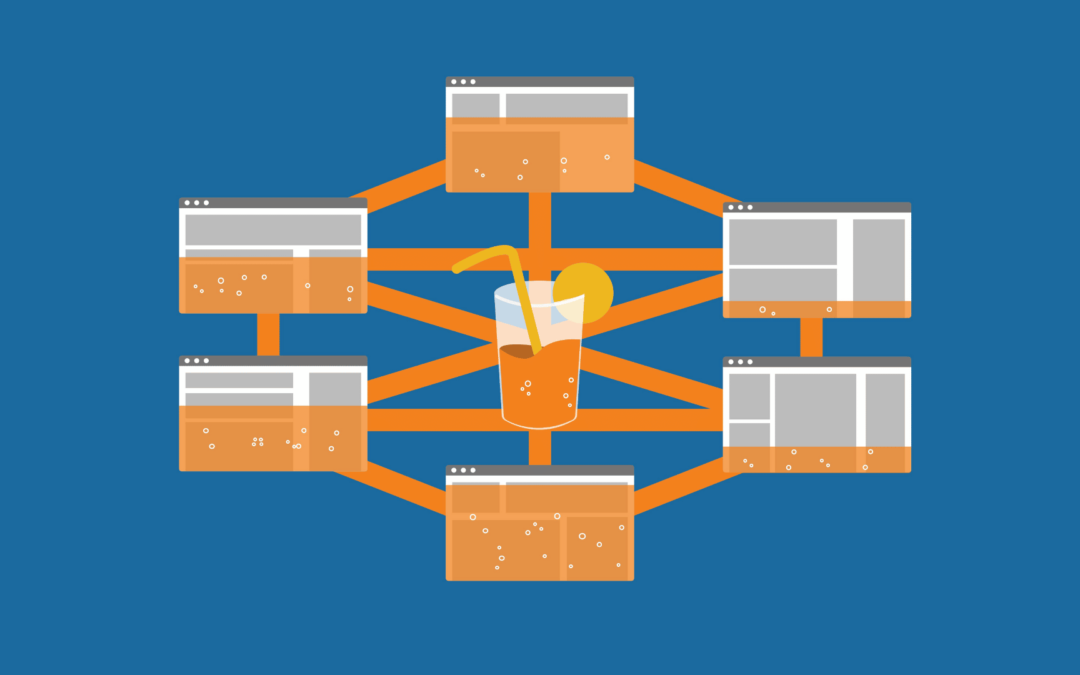 Google’s Search Advocate John Mueller – in a rare case of annoyance – said that any SEO advice mentioning “link juice” is not to be trusted. Is it or not?

I wondered about the context and doubted whether it was true. There are different opinions.

After Barry Schwartz shared the news on LinkedIn, a lively debate ensued. Even Moz and SparkToro founder Rand Fishkin chimed in on the comments saying, “Maybe link juice is real after all. Maybe y’all should write more about it!”

When he dismissed link juice, Mueller was answering a question about outgoing links. He essentially ignored the original question and solely responded to the undesirable “link juice” mention.

While Mueller is usually neutral in his tone this time he came close to a rant on Twitter:

This is nothing new. He’s just reiterating what he expressed in the past more than once.

So is link juice such a detestable term? Is it akin to the “snake oil” fringe SEO practitioners are still offering? Let’s take a look at the bigger picture.

Snake oil: A popular type of panacea in SEO

There’s a reason why the SEO industry had a bad rep for many years. Metaphorical snake oil has been sold in various ways and many websites have been harmed by misguided SEO advice or tactics.

The proverbial “snake oil” – a synonym for misleading promises of miraculous cures to all kinds of diseases – has often been likened to SEO.

Even in 2022, we see many more #seohorrorstories passed on Twitter and other social media than inspiring success stories. SEO experts themselves, not just outsiders, rather focus on those negative news.

Of course, the SEO industry is not the only one guilty of selling snake oil or spreading the word about it.

I had many clients asking me for unethical SEO practices over the years. To this day, you have to be very firm in your ethics in order not to get caught up in a downward spiral of shady SEO techniques. I also get requests for paid links and other similar offers regularly by mail.

The history of link juice

When Google started out in the crowded and messy search engine market, it had a revolutionary ranking algorithm that used the so-called “PageRank” to determine website authority. It was named after Google co-founder Larry Page, not (just) the actual “web page.”

SEO specialists started to use many different slang terms for PageRank – “Google juice” or “link juice” being among the most popular.

In the early years since its inception, Google performed pretty well by PageRank alone and grew its market share continuously.

Once Google grew big enough to dominate the market, unethical SEO practitioners mainly focused on artificially inflating the number of incoming links (also called backlinks) so that Google would rank them higher.

PageRank became less and less of a guarantee of high-quality search results leading to Google started adding more ranking signals to the algorithm over time.

Get the daily newsletter search marketers rely on.

How does link juice work?

We won’t go too deep into the topic of link juice, as others have done before us. An evergreen guide by WooRank is still worth reading to get a quick overview. Their visualizations are especially self-explanatory.

In theory, the website authority of the site linking out is spread more or less equally to the pages it links to.

But in reality, the process is much more complex and link value depends on many other elements including:

By 2019, Google has shifted its messaging to concentrate on quality content. From the outside, the pivot seems to imply that “content is the new link.” Eventually, one of Google’s main SEO documents which largely focused on links was updated to predominantly cover content.

For a long time, Google representatives have been wary of the industry’s emphasis on link building. Instead, they underscore the need for quality content each time the question comes up.

Now, Google tends to overemphasize content in order to make people more aware of it and underrepresent links so SEOs stop obsessing about them.

In Google Search Essentials, the “key best practices” section mentions content six times including on top while links are mentioned only three times:

In my opinion, we have to put both tendencies into perspective and ensure we find the middle ground.

Links are still very important yet their impact will be dwindling over time, while content is steadily growing in importance.

So, is link juice real?

While the colloquial term link juice really sounds a bit sleazy, the concept behind it (Google’s original algorithm) is still valid and used to determine website and page-level authority or value.

At the end of the day, you still have to attract links to your website or else other content of similar quality will outrank you in organic search results. So, while using the term link juice may sound a bit outdated, it’s not yet complete snake oil.

What do the experts say? Fishkin is not the only one to speak about link juice.

What terms should be used instead of link juice?

You can say many things to refer to link juice without sounding like a drug dealer in a back alley.

What else can you say instead then? Some of the more professional-sounding terms include:

If that’s too boring or technocratic for you, you can follow the advice of Brent Payne:

Link equity is not enough

When you use a synonym for “link juice” though, remember that the concept is on the way out and doesn’t work by itself as in the early days.

When I started out in SEO in 2004, it was still common to rank empty websites.

You could even get thin content pages to rank for competitive keywords solely by directing link juice to them. In 2022, that’s a rare exception – if at all possible.

As always, the truth is found somewhere in the middle. While Google is de-emphasizing links in their algorithm and public rhetoric, its technology still relies to some extent on links.

So how do we get there without buying paid links or otherwise gaming Google? There is a well-traveled path by now. It has worked for many content SEO practitioners.

For many years, website owners wanted to buy SEO services instead of creating content that could actually earn links. I lost many potential clients when explaining that I can’t artificially inflate the ranking of an empty site that only has self-promotional material as its content.

Linkable assets are any kind of comprehensive, valuable and unique resources that are likely to get recommended by other publishers. In-depth guides, unique survey results, and breaking news are some examples.

Once you have published content that is worth getting linked to, you ideally just have to sit and wait until people notice and link to you.

This is, of course, the theory. In practice, you will most likely be overlooked unless you are already having an established audience.

In such instances, you have to at least mention experts in your content who already have an audience. They can help you get the ball rolling.

Influencers, journalists and industry experts are usually very busy and once they are established a social media mention may not be enough to get their attention.

Good old email outreach is your tool of choice then. So-called linkaratis are often open to helpful suggestions that match their interests.

When you choose the right people and focus on a few instead of sending mass mailings to hundreds of strangers, you get some initial traction until others notice you organically.

Opinions expressed in this article are those of the guest author and not necessarily IXLCenter.io. Staff authors are listed here.

Tadeusz Szewczyk, also known as Tad Chef, is a professional blogger and SEO since 2004. Even though based in Berlin, Germany he has covered blogs, social media and search for a global audience starting in 2006. In 2007 he launched his own blog – SEO 2.0 – and also published on numerous other marketing blogs ever since. In recent years he wrote for the social media accounts of many clients as well. You can connect with Tad on LinkedIn and Twitter or visit his website and read his blog about social SEO.